Rise the “seven sisters” in all their majesty in Moscow. The original plan, conceived before the Second World War, involved the construction of eight buildings, designed to symbolize the 800 years since the founding of Moscow, which was to be celebrated in 1947. On 7 September the same year, during the festivities, around 13 during an official ceremony was laid the first stone. The first skyscraper was built in 1949 and the other (except one) to follow, every three to five years. Later they began to call them “seven sisters”, leaving the second floor similar buildings located abroad, such as the Palace of Culture in Warsaw. “We can do it!” Was the motto architecture that had come from a country in ruins, exhausted by hunger, in which the majority of the population was living in cohabitation with many other people. Construction work were forced to take part in thousands of prisoners of the Gulag, but also German prisoners of war. For the stabilization of the ground each time under the foundations were used new technologies. 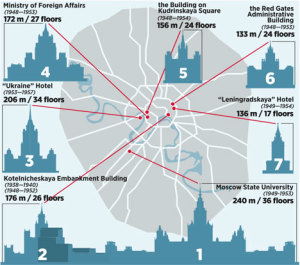 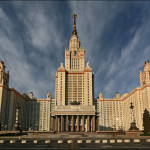 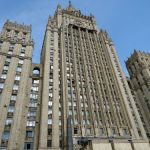 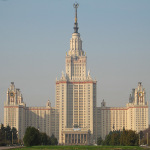 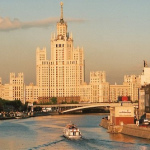