The Avenue of Sphinxes was the site of ceremonial processions and originally connected the temples of Luxor and Karnak, although it is considerably more recent than either of those sites, dating to around 380 BC. It stretched some 1.5 miles (2.7 kilometers) and would once have had 1,350 sphinxes lining its sides. Around half of those have been uncovered, with many reworked by later civilizations or sitting in museums. Much of the avenue itself is covered by modern buildings.
There are dozens of examples in various states of preservation forming the immediate approach to each temple. Some of them bear the cat-like features of the famous Great Sphinx at Giza, others have rams’ heads. The entire avenue is the subject of a major ongoing excavation project.

The visible parts of the Avenue of Sphinxes form the main approaches to both the Karnak Temple and the more centrally located Luxor Temple. 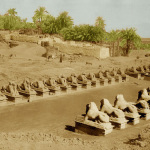 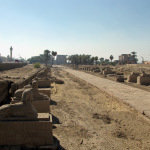 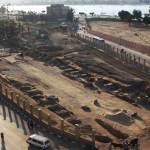 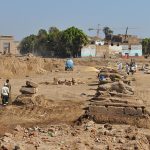 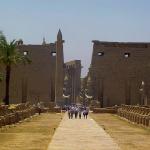 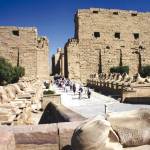