Pompeii was a rich Roman city where life flowed in luxury until 24 August 79 AD. When Vesuvius crystallized houses, streets, temples, amphitheatres. And screw

The excavations of the ancient Roman city of Pompeii is one of the most popular tourist destinations in Italy. A place that – in recent times – has attracted a lot of attention on himself because of the constant crashes that have occurred.

Excavations of Pompeii: what are

The excavations of Pompeii are the ruins of a Roman city buried by the eruption of Vesuvius in 79 AD. The archaeological site is huge. To visit a more or less complete there is no need for an entire day.

It is certainly one of the most famous archaeological sites in the world. The city of Pompeii was kind of a luxury resort for the Roman Empire. A city with a mocking fate: she was buried under ash and lava from Mount Vesuvius erupted on 24 August 79 AD.

Until that August 24, Pompeii was a thriving commercial port at the mouth of the river Sarno. A city full of buildings: a Roman basilica, an amphitheater, several temples. And again, streets, gardens, places where to eat and where to sleep.

Probably the most fascinating buildings are private homes and the lives – of everyday life – remained as crystallized at the time of the tragedy.

Excavations of Pompeii: where are 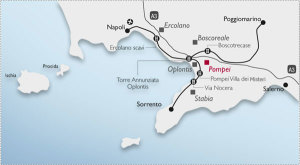 The excavations of Pompeii are not far from the Amalfi Coast.

From Sorrento you can easily reach the ruins of Pompeii with the Circumvesuviana rail line. It takes about half an hour.

From Positano or Amalfi, on the other hand, the journey is longer. You first need to get to Sorrento by bus and from there take the Circumvesuviana.

It ‘s the first archaeological excavation to the visible world with Street View. Pompeii, thanks to Google technology, can be visited with a virtual tour with which you can walk among the ruins.
To want this initiative was Google in agreement with the Ministry of Culture (Ministry of Culture) that aims to enhance the value of the excavations not only in Italy but especially in the world.
Visit and admire on the computer screen the ruins of Pompeii with Google Steet View. 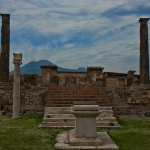 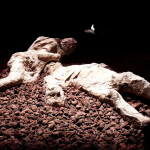 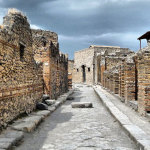 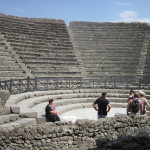 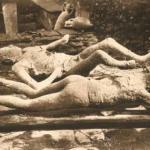 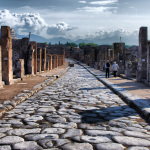 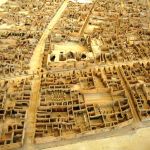 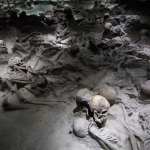 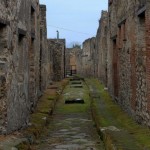 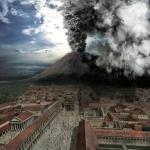 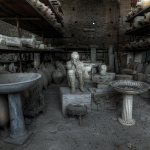 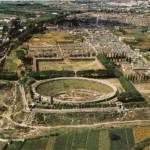