The Cathedral of the Intercession of the Mother of Jesus on the Moat (Russian: Собор Покрова Пресвятой Богородицы на Рву?), Popularly known as St. Basil’s Cathedral, is a cathedral of the Russian Orthodox church erected on the Red Square in Moscow between 1555 and Built in 1561 by order of Ivan IV of Russia to commemorate the capture of Kazan ‘and Astrakhan’, it represents the geometric center of the city and the hub of its growth since the fourteenth century. It was the tallest building in the city of Moscow until the completion of the Great Bell Tower of Ivan the Great, which took place in 1600.

The original building, known as the Trinity Church and later as Trinity Cathedral, consisted of eight side churches arranged around the ninth, central church of Intercession; the tenth church was erected in 1588 over the tomb of the revered fool Basil the Blessed. During the sixteenth and seventeenth centuries the cathedral, perceived as the symbol of the heavenly city on earth, was popularly known as Jerusalem and represented an allegory of the Jerusalem Temple in the annual Palm Sunday parade headed by the Patriarch of Moscow and the Tsar.

The design of the building, whose shape resembles ‘the flames of a bonfire rising into the sky’, has no analogues in Russian architecture: “It is like no other Russian building. Nothing similar can be found in the entire millennium Byzantine tradition elapsed between the fifth and fifteenth century … a strangeness that astonishes by the unpredictability, complexity and dazzling bloom detail reproduced in its design. “The cathedral foreshadowed the climax of Russian national architecture of the seventeenth century, but it has never been reproduced directly.

The cathedral has operated as a division of the State Historical Museum since 1928, was completely secularized in 1929 and, in 2009, is still owned by the Russian Federation. The cathedral from 1990 is included in the UNESCO list as a World Heritage Site, along with the Moscow Kremlin. 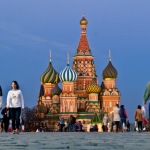 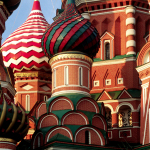 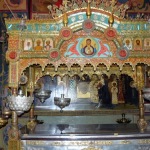 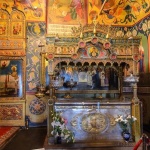