The Giuseppe Meazza Stadium is a football stadium in Milan, and the bigger Italy, with a total of 81 277 seats (of which 80 018 distributed in the three rings) and one of the most famous and prestigious soccer facilities in the world, so that he was nicknamed the “Scala del Calcio”. The facility hosts the home matches of AC Milan and Inter and the Italian national football team.
Until 1980 it was called San Siro Stadium, named after the neighborhood in which it stands. Intended primarily to calcium, since the seventies also hosts large concerts internationally; in 2009 he also hosted a meeting of the Italian national rugby committed against New Zealand, marking the largest gathering in Italy for a meeting of the framework. 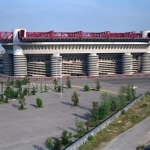 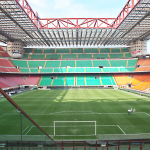 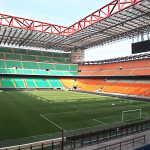 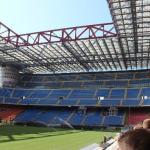 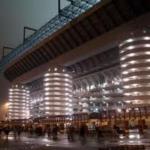