The 10 most beautiful places in the world to visit

Who loves to travel and discover the wonders of the world is always in search of fascinating sights and sensations that only a few know how to elicit views. There are many places that have these characteristics. Just do a quick search on the net to find beautiful places and make the ticket!
Here is a ranking made ​​by Trip Advisor citing the ten places described by those who have visited them, as the most extraordinary destinations in the world! 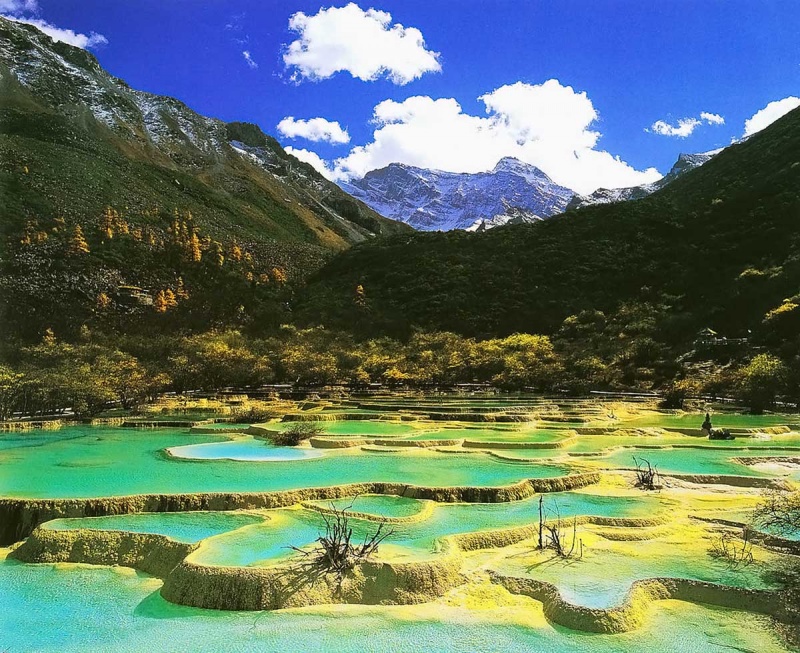 Literally “Valley of Nine Villages” is a wonderful nature reserve in Sichuan province in China, UNESCO World Heritage Site, which features the colors turquoise lakes, lush vegetation and a system of waterfalls that gives its visitors a breathtaking view, a wonderful landscape for those who enjoy nature walks. Small villages there is little, but you can still see what remains of the typical Tibetan houses.
What attracts tourists in this valley remains its geological structure: a landscape dotted with karst mountains and glaciers, glacial lakes formed by the falling boulders and rocks that have closed these basins containing crystal clear water thanks to the presence of calcium carbonate. 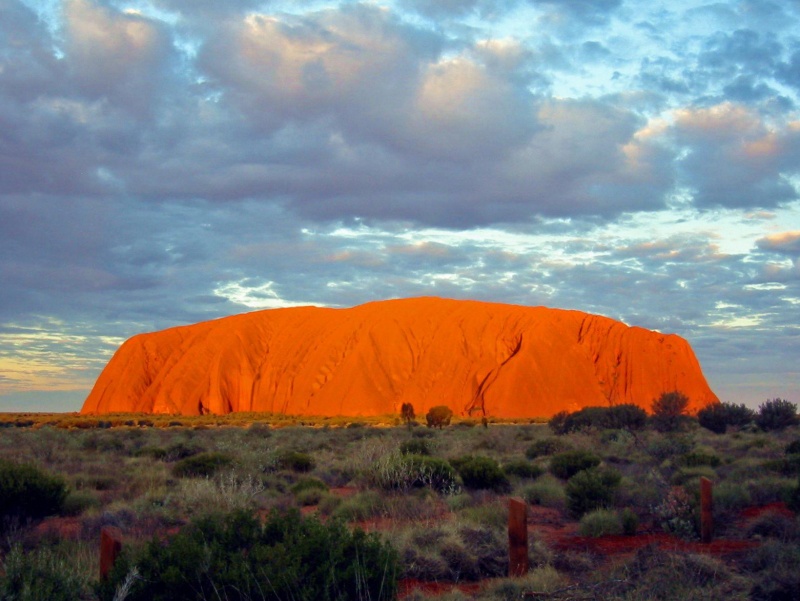 We move to Australia where we find Uluru, an awesome rock massif located in the Australian outback, in the Uluru-Kata Tjuta National Park, famous for its intense red color that varies in an astonishing way during the hours of the day, especially at dawn and sunset, in colors ranging from gold to bronze to purple. These optical effects and the color change so quickly due to the presence of minerals called feldspar, reflecting particularly the red light. In addition, the massif is made ​​up largely of iron, and the red color is then due to oxidation of the metal, which creates rust with a classic bronze color.
Its surface, smooth in appearance, offers a unique versatility, with puddles of water, small springs and ancient cave paintings. Accessible by bus, offers a fascinating panorama from its summit. 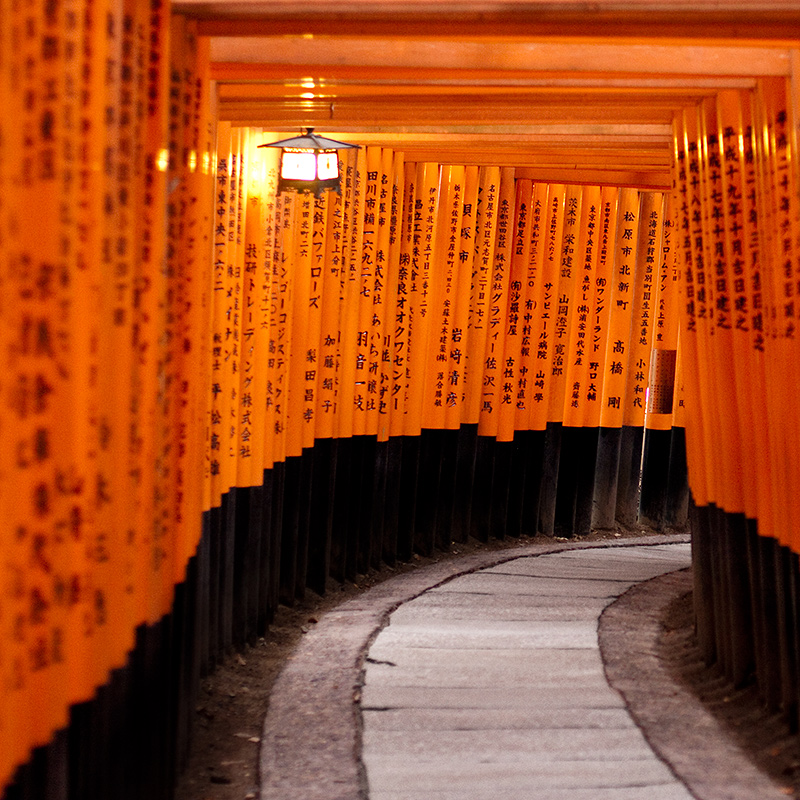 Let’s go back in Asia, specifically in Japan, to admire a beautiful sanctuary, a place of worship dedicated to the spirit Inari Shinto located in Fushimi-ku, Kyoto. The shrine is known for the thousands of “Torii” portals of access to Japanese temples, red vermilion, which define the path that leads to the hill where the shrine is located.
Inari is the god of rice and inside the sanctuary you can see many statues of foxes that are, according to the cult, the messengers of the gods. The path leading to the temple, about 4 km long, it is very tiring to go, but it certainly is a rewarding journey that brings visitors to the temple, both physically and spiritually. And ‘certainly one of the most evocative of Japan. 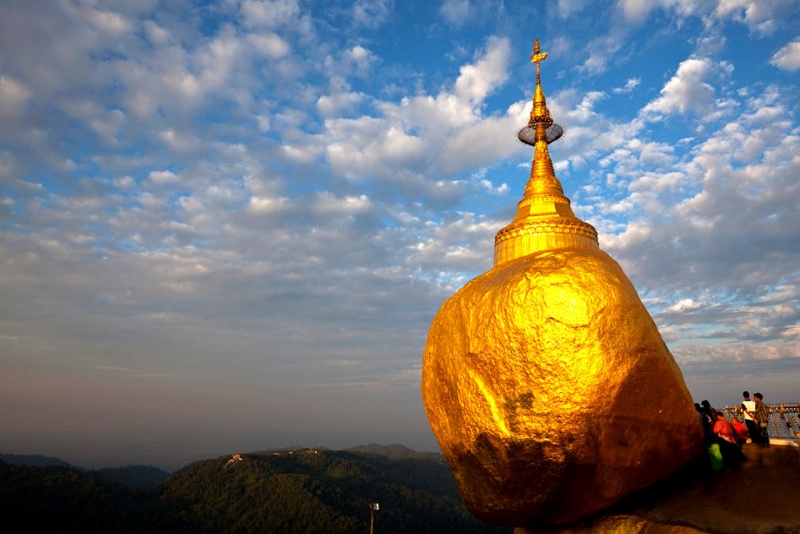 We remain in Asia, but we move in Yangon, Myanmar, to see the “Golden Rock”, located on Mount Kyaiktiyo. It ‘a piece of rock that is hovering over a mountain for a nap, and indeed for “a hair of Buddha” as legend has it, was born probably due to the fact that the rock according to the first visitors could sit still poised for about something miraculous. For this reason, some two thousand years ago, on top of the rock was built a pagoda, where thousands of tourists every year go to attack a plate of pure gold in exchange for a little ‘luck by the Buddha, hence the name Golden Rock. In addition to that particular location, the place is very well known for the mystical sensations that gives the sanctuary. 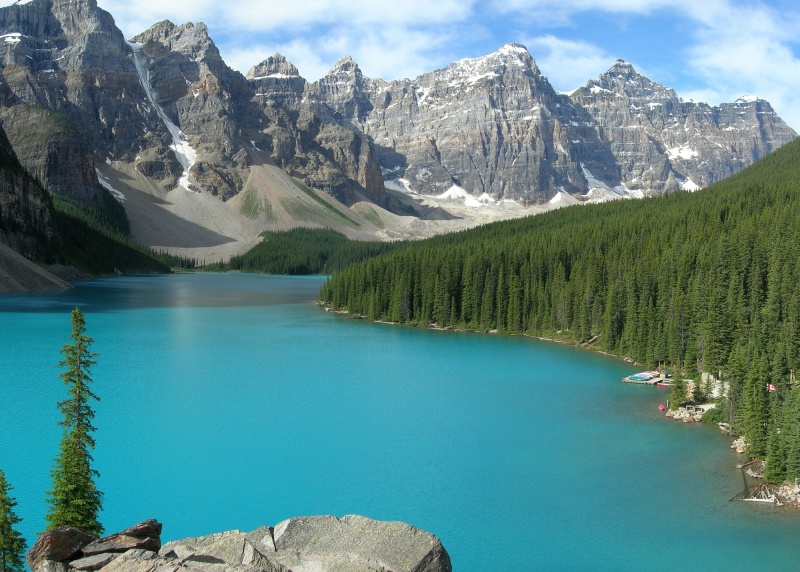 We reach Canada, where we find a very special lake, the Morain Lake, known for its picturesque landscape, but also for the color of its blue-green waters, due to the presence of particles on the rocky bottom. The lake, of glacial origin, is in the “Valley of the Ten Peaks”, extends for about half a square kilometer and is surrounded by several trails that allow you to make wonderful excursions at the foot of the 10 mountains that surround the lake and from which named after the valley.
A perfect destination for those who love to immerse themselves in nature, and wrap in a breathtaking landscape. 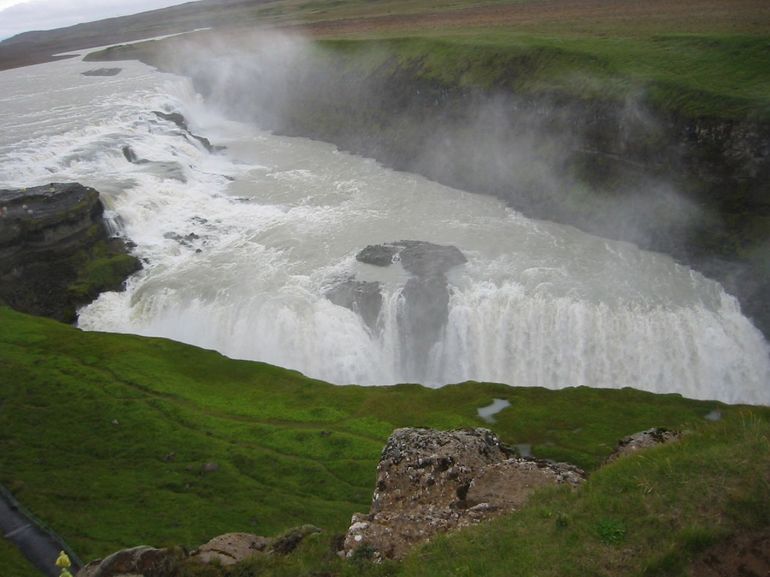 Come on in Europe now, to see the Golden Circle Route in Iceland. It is a very attractive tourist route, with three main stages: 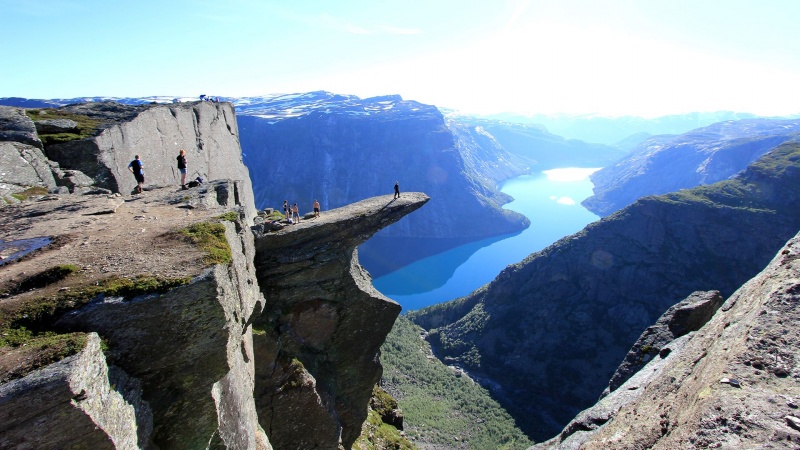 Also in Europe, in Norway, we go to Trolltunga, a piece of rock that extends horizontally into … anything! The name means “language of the trolls,” because of its shape reminiscent of the language of the typical characters of the mythology of northern Europe.
From it you can see the lake Ringedalsvanet below and the wonderful play of the surrounding peaks of the Norwegian fjords. It ‘s the perfect place to sit and think, or rather to raise his arms to the sky and feel masters of the world! 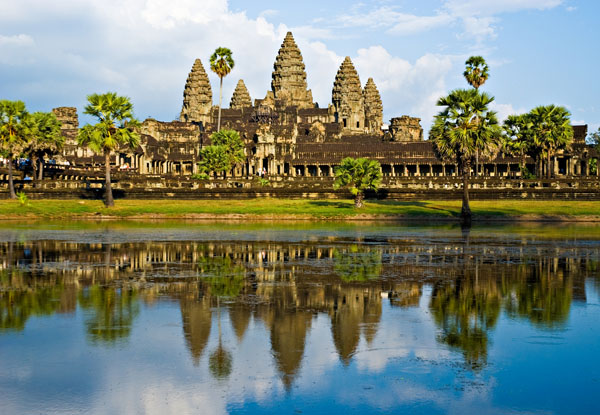 We are in Cambodia, and we admire the world’s largest Hindu temple, built during the reign of the Khmer, and famous for its unique style and its architecture treated in detail. The majestic building of sandstone was born for King Suryavarman II, as a mausoleum for his worship after death. Inside the Angkor archaeological park, the building stands surrounded by a moat and is dedicated to Vishnu. For gamers, the temple was chosen as the setting for games such as Tekken and Tomb Rider! An unusual reason to visit this magnificent work of man. 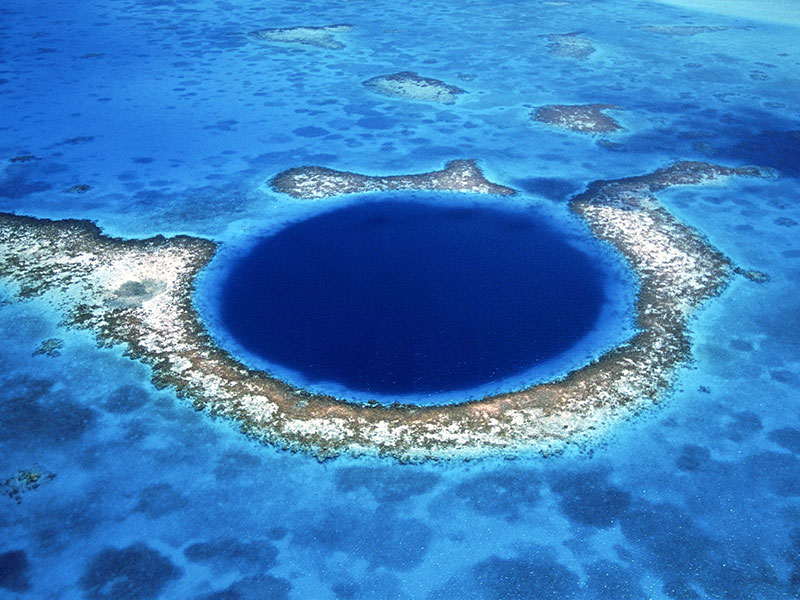 It ‘an underwater sinkhole 123 meters deep, located to the east of Belize in the Caribbean Sea, inside the atoll of Lighthouse Reef. The cavity has a circular shape and is over 300 meters wide. It was formed during the last Ice Age as a limestone cave: when the sea level rose and flooded the cave took on the appearance that presents today.
E ‘known to be one of the most beautiful dive sites in the world, as it offers an underwater landscape filled with stalactites and typical aspects of a cave, now submerged, and native fauna with several species of sharks, including blacktip reef shark . 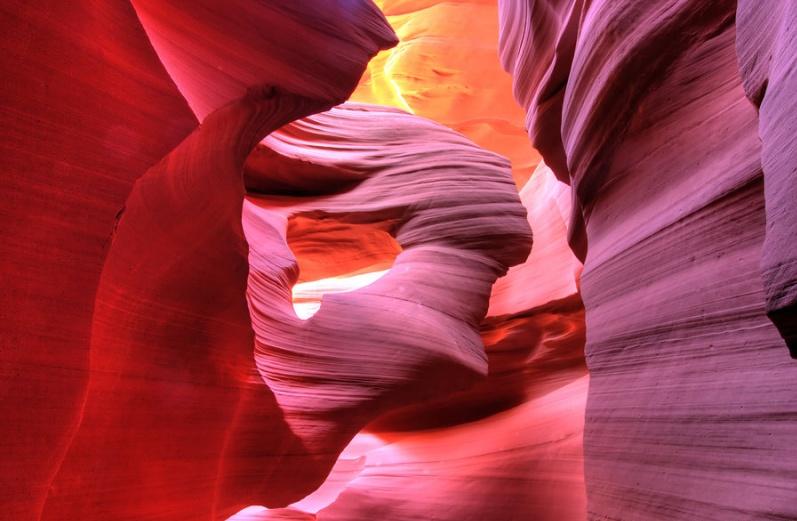 We have to fly to Arizona, the land of the Navajos, to stand speechless in front of this spectacle of nature: Antelope Canyon, which consists of two separate formations, made ​​of a reddish sandstone, which has been shaped by water and by the wind, and has created an extensive network of caves and tunnels in which beams of light entering that create an environment so perfect and sinuous that seems to be drawn.
A magical place that lovers of photography will not be able to avoid capture with their flash, to take home a landscape crazy!

It ‘obvious that this classification receives only part of the wonders that gives us our Earth, but it certainly is a starting point to explore, admire and fill your eyes with landscapes and views that people have always been envious of each other!