In the desert of Turkmenistan, near the village of Darvaza, there is a huge crater with a diameter of 70 meters that burns for several years. The reason for this extraordinary phenomenon is related to the decision of a group of scientists and their “fantastic” idea to throw in a cave full of methane gas a lit match to free it from the fuel and to explore it better in a few days, shame that 40 years have passed since its ignition and the cave continues to burn today.

The research team, during a reconnaissance team, accidentally discovered a large room full of gas on their way. The amount of fuel was very high and was not conceivable to follow the path to advance research.

So geologists decided to set fire to the surface of the field, convinced that within a few days they would have solved the problem. The excavations soon caused the collapse of the ceiling of the cave, leaving exposed a big hole full of methane dubbed the “Gates of Hell”. 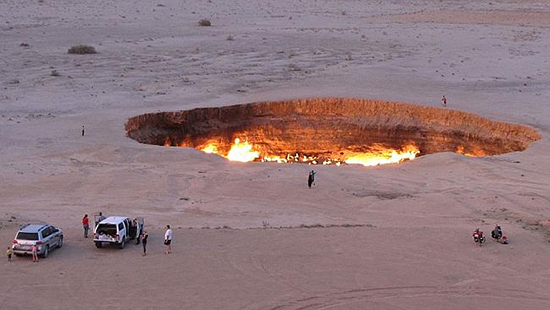 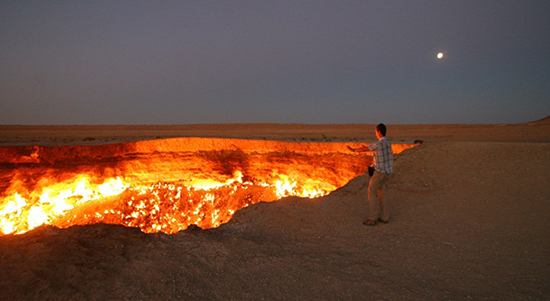 Difficult to give an estimate of how much will continue to burn and the amount of fuel lost until today. This large outbreak is causing significant problems to the exploitation of the mineral resources of the area and the loss of millions of dollars a year.

The president of Turkmenistan has provided a team of technicians to find a way to put the fire out definitively and permanently close the door of hell.