The Pinacoteca di Brera is a national gallery of art, ancient and modern, located in a historic building in Milan.
The museum houses one of the most famous collections of paintings in Italy, specializing in painting Veneto and Lombardy, with pieces from other schools. In addition, thanks to donations, offers an exhibition that ranges from prehistory to contemporary art, with works by artists of the twentieth century.
In 2013 was the twentieth most visited site Italian state, with 249 579 visitors and a total gross income of Euro 826 800.
The Art Gallery is housed in the grand palace of Brera, which also houses other institutions: the National Library Braidense Observatory of Brera, the Botanical Gardens, the Lombard Institute of Arts and Sciences and the Academy of Fine Arts. The ‘building was built in the ancient, overgrown land “braida” (or “breda”, a word that in the low Latin had the meaning of the suburban area), which became known as the Palazzo Brera such as the neighborhood. The building opens onto a courtyard surrounded by an elegant portico on two floors, the center of which is situated the Monument to Napoleon I conceived by Antonio Canova.
It is located on an ancient convent of the Order of the Humiliated, one of the most powerful economic and religious associations of the late Middle Ages Milan. It was in 1571 that, with the papal bull of Pope Pius V abolished the order of the Humiliated, historical manufacturers of wool, giving it the former provost of the Brera “caring hands” of the Jesuits, who made it an important center of learning , giving it the name of University. He then imposed the need to build a new and larger building, whose construction was started in 1591 and was entrusted in 1615 to the great architect of the time in Italy: Francesco Maria Richini. In 1630, however, due to the work of the plague began to slow and the project was only approved in 1691.
The work went on, passing to his son of the same architect, Gerolamo Quadrio and Peter George Rossone. Suppressed the Society of Jesus in 1773, the building fell into the hands of the Austrian Government and was completed in 1776 by Giuseppe Piermarini. Divenuro “Royal Palace”, Maria Theresa of Austria used it as a seat and the Palatine Schools, as well as keep the schools already open by the Jesuits, he placed the library and decided to expand the Botanical Garden. He also founded the Academy in 1776, providing it with an annual contribution of 10,000 pounds from the suppressed church property. 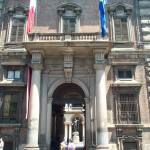 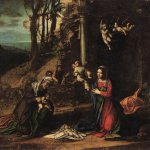 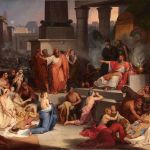 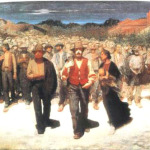 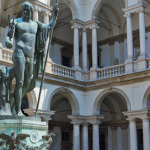